Precinct 0415 convention, will be conducted once the general primary election polls have closed and election equipment has been packed.

Please send me a message, If you plan to attend our Republican precinct 0415 convention and have additional questions or would like to receive a reminder email and / or text message.

The precinct convention is the first step in the political convention process.

If you plan to attend your Republican precinct convention, make sure you vote in the Republican Primary Election .

Participants at the precinct convention first elect permanent convention officers, usually a convention chair and secretary. They then elect delegates and alternates to the county/SD convention. Finally, they consider and vote on any resolutions presented by a participant.

To be valid, all completed paperwork must be submitted to the county Republican party two to three days after the precinct convention is held.

Notice Required: County chair must post notice of date, hour, and place for convening precinct convention on county or state party’s Internet website or other Internet location easily found through a search engine. If county party does not maintain an Internet website, chair shall post notice on the county commissioners court bulletin board.  Notice must remain posted continuously for the 10 days immediately preceding the date of convention.  Because convention times are not yet determined, this calendar does not show any deadlines for posting such notices. Not later than the 10th day before the date of precinct conventions, county chair must deliver to county election officer written notice, either on paper or in electronic form, of date, hour, and place for convening each precinct convention. Tex. Elec. Code Ann. § 174.023(a), (b).

Time and Place: State executive committee by rule must specify date county and senatorial conventions will be held (March 19, 2016). Political party may by rule allow a county to hold precinct conventions before county convention on same day and at same place as county convention. Tex. Elec. Code Ann. §§ 172.021 & 174.063(a).

Notice Required: Notice of hour and date for convening county convention must be posted electronically on county or state party’s Internet website or on the bulletin board used for posting notice of meetings of the commissioners court. Notice must remain posted continuously for the 10 days immediately preceding the date of convention.  Because convention times are not yet determined, this calendar does not show any deadlines for posting such notices. Not later than the 10th day before the date of county and senatorial convention, county chair must deliver to county election officer written notice, either on paper or in electronic form, of date, hour, and place for convening county and senatorial convention. Tex. Elec. Code Ann. §174.064(a), (b).

Meeting as a whole, delegates to the state convention ratify the Party rules, adopt a Party platform, and elect the State Chairman and State Vice Chairman. In presidential years, they also ratify all delegates and alternates to the national convention as well as the Presidential Electors and elect a National Committeeman and National Committeewoman.

Click here to view the Texas Delegate Selection Process to the GOP Convention.

Texas conventions are governed by Roberts Rules of Order (Newly Revised) and the RPT Rules.

Click here for a PDF version of the RPT Rules.

Campaign for Houston Radio Ad: No Men in Women’s Bathrooms

We Are Up on Radio – Campaign for Houston Radio Ad 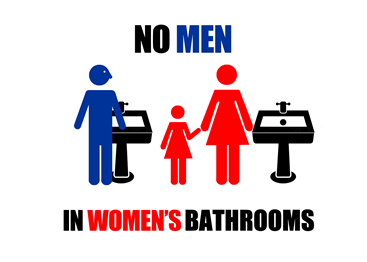 I have the honor of serving as campaign spokesman and co-chair of Campaign for Houston PAC. Here is a link to our most recent radio spot entitled: No Men in Women’s Bathrooms. We recently purchased a $100,000 radio buy and will begin airing the ad today on Houston radio stations. We will also be circulating it through social media. You can help us ensure that this spot has a huge impact by emailing it to your family and friends and posting it on Facebook so that it goes viral.

Please join me in standing up for the safety of our wives, mothers, and daughters. You can volunteer to help us and donate to our campaign by going to the website: http://www.campaignforhouston.com.

Parking: Utilize Lot’s D1, D2, D3, D4 or Visitors Lot R. These lots have signs stating permitted parking only. Please park here anyway as per our campus coordinator. However, make sure not to park in the employee parking sections within these designated areas.

What:
HCRP will offer a Power Point Presentation for Precinct Chairs with a Precinct Chair Training Handout Booklet Volume I to take as a reference.

HCRP Committee will explain HOW to get VOLUNTEERS, WHERE to look for VOLUNTEERS and WHAT to DO with VOLUNTEERS once you have them.

They will also have a hands on session with Nation Builder – THE program to organize your Precinct.

Please remember to bring your preferred electronic device to be able to go thru the program (Wi-Fi provided ) (Computers will not be provided). We will have a break out session for Nation Builder in the college lecture hall and ACTUALLY show you how to work the program!

So how many volunteers do you have to bring home a REPUBLICAN victory? VOLUNTEERS are waiting for YOU to lead them. Join us for the actual tools NOT just talk… for the actual results of developing your activated force in your Precinct!

A FEW FACTS about Training & Development

– Learn what to do as a Precinct Chair…the EASY way!
– Share ideas with True Pros… KNOW what they are doing.
– Don’t waste your efforts – make your efforts count – with actual tools from the Handout Booklet!
– 12 of the 15 newly sworn in Precinct Chairs from the last Executive Session came to the FIRST training session…and are FIRED UP!!

** The 3rd hour of training will be touching on how to use social media tools, and messaging, effectively. Also, how to use Google to your advantage.
(Conducted by Mike & Tanya Robertson)

Should you have any questions pertaining to the HCRP Training – please call Charlotte L. Lampe @ 713.927.7961 / email: charlotte@lampeinteriors.com

How competitive are you?

‘Refreshments’ will be served for ALL participants, provided by CLAR but the 1st 10 RSVP’s that Beth receives for this event, will be fed dinner provided by HCRP GOTV Team, while competing in the contest at the Clear Lake Victory location!

Participants must RSVP, prior to the competition.

ANYONE is eligible to win the gift card provided by HCRP.

Objective: Make as many phone calls as possible in 3 1/2 hours.

This is Critical…We need you to show up for the sake of woman, and young girls, to have the right as a Christian to live by your convictions, and to stop this moral insanity!

More than 300 Pastors and their Congregations of Houston will be present Sunday Night, May 18th @ 5:45 p.m. at Grace Houston Campus 14505 Gulf Freeway, Houston, TX, 77034, for a Community Rally.  It will be massive!  Please help us get the word out by Contacting everyone that you know and asking them to do the same.

Thank You for contacting council members, for spreading the word, and for showing up at city hall for the press conference. Your voice and efforts paid off big time. First, Mayor Parker removed the restroom clause because of you raising your voice and then the vote was postponed two weeks even though she had a victory party planned.  HOWEVER, THIS IS NOT OVER! THIS IS VERY IMPORTANT ! ! !

Read the Rally Letter and join us in fighting Mayor Parker’s Ordinance.